Covid: New variant of South African coronavirus B1.1.529 ‘terrible’, experts warn. Experts have warned that a new variant of the coronavirus, believed to have originated in South Africa, could pose a serious threat. Experts say that this variant of coronavirus has greatly mutated. This variant has been named B.1.1.529. But soon the World Health Organization is expected to give it a Greek name (alpha, delta). So far it has been confirmed that some people in several South African provinces have been infected with the variant. However, experts believe that in reality, it has spread further.

The United Kingdom has already announced the cancellation of all flights from six South African countries – South Africa, Namibia, Botswana, Zimbabwe, Lesotho, Swatini – to prevent the transmission of this variant. Speculation is rife about how quickly this variant can spread, how much protection can be given to this variant from conventional tick-borne infections, and what can be done to protect against this variant. 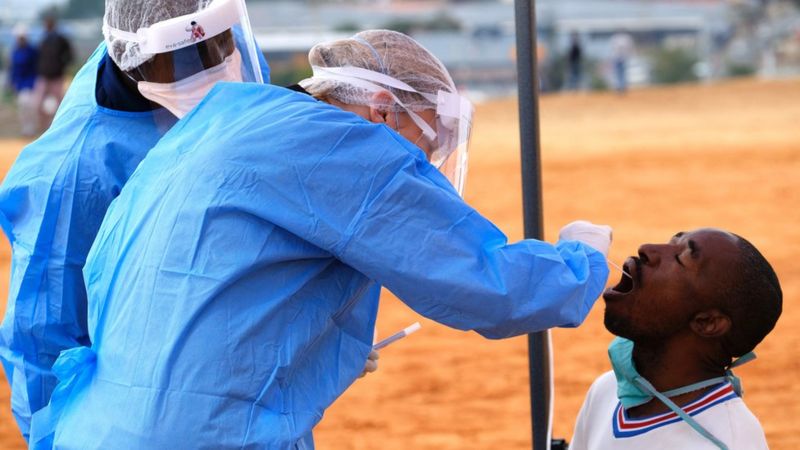 What is known about the new variant of coronavirus B1.1.529 ?

A virologist from the Imperial Department of Infectious Diseases, an infectious disease agency in the UK, described the new variant as “terrible” and “the worst ever.” So far, a total of 59 new variants have been confirmed to be infected with coronavirus B1.1.529 in South Africa, Botswana, and Hong Kong. Tulio de Oliveira, director of the South African Center for Epidemiological Response and Innovation, said the variant was “abnormal in its mutations” and “very different” from other variants. Fresh Bazar

“This variant surprised us. As evolution and subsequent mutation, it jumped a few steps.” “There are a total of 50 mutations, of which 30 mutations are in the spike protein,” said Professor Olivier at a news conference. Most vaccines attack these variants of spike proteins. The part of the virus – the receptor-binding domain – that first connects to our body cells, the new variant has 10 mutations. There were only two of these mutations in the Delta variant, which created a stir as a terrible threat.

Having many mutations does not mean that they are harmful. But it is important to know what mutations actually do. The thing to worry about is that it’s very different from the kind that originated in Wuhan, China. This means that vaccines designed to prevent coronavirus infection – which was developed using the original strain – may not be equally effective for new strains.

What is the difference with other variants ?

Some of the mutations seen in this variant have been seen in other variants before. For example, N501Y is thought to help the coronavirus become infected more easily. The new variant has some more mutations that allow the body’s antibodies to detect the virus and make the vaccine relatively less effective. Richard Leslie, a professor at the University of KwaZulu-Natal in South Africa, said: “We suspect that mutations have strengthened the virus’s ability to infect, spread from person to person.

Earlier, speculation was rife about a newly discovered variant of the coronavirus. However, in many cases, the panic was limited to paper pens. The beta variant caused the most panic among humans earlier this year, as the variant had the greatest ability to bypass the immune system. But the delta variant, which later became rapidly infected, appeared to be the most feared. Ravi Gupta, a professor at Cambridge University, said: “Beta would only dodge the immune system, nothing more. The Delta transmission had a higher potential. Fresh Bazar

Scientific research in the laboratory will provide clearer information about this new variant, but it is possible to answer questions more quickly by observing how the virus behaves in nature. This variant has so far been confirmed in 8 out of 7 people in the South African province of Gauteng. In addition, four people in Botswana and one in Hong Kong have been infected with this variant. This variant gives some strange results in tests (known as S-gene drop out) and it is possible to follow the transmission trend of this variant.

Therefore, it is estimated that 90% of cases in Gauteng province are actually this variant and South Africa is thought to have a ‘presence in most provinces. However, these figures do not give an idea yet as to whether the variant will spread faster than Delta or whether it is effective against the vaccine.

One thought on “A new variant of South African coronavirus B1.1.529 ‘terrible’, experts warn”